With Jack turning 21 today, we thought it apt to create a blog just for him. We quizzed him about his younger years and his achievements and passion within the hospitality industry. The Staveley Arms wouldn’t be where we are without Jack’s drive and ambition and he’s an integral part of the team and the family.

Jack joined Dave’s team at the Bruce Arms aged 15 as an apprentice. He has worked his way through the ranks to be our Sous Chef, picking up many awards and accolades and creating some delicious food along the way. He is now a Director of The Staveley Arms, which was reopened in August 2020.

Working alongside family is challenging for anyone. For Jack, it brings a unique and dynamic functionality. Head Chef Dave is also Jack’s father-in-law to be. He’s Jack’s industry hero because of his guidance and influence and this pub team is united both personally and professionally.

In Jack’s words, The Staveley Arms is…

Jack’s favourite dish to make is the Tiger Prawns and Squid starter. This creation balances complex and technical flavours. With the menus changing seasonally, October to late January sees Jack’s favourite food to fork in Game season. Venison was part of his winning dish for Flavours of Herriot Young Chef of the Year which he has won twice. Jack’s achievements don’t stop there – he sees his finest accomplishment as placing in the top 6 for the prestigious Nestlé Toque d’Or award. For this he created a Pickled Beetroot Cannelloni Pasta. Beetroot is an ingredient he would most like to change peoples’ opinion on because of the versatility it brings.

Propping up the bar with the friendly locals is where you will find Jack when he’s not occupied creating beautifully presented Yorkshire sized dishes.

The Staveley Arms team and all our customers would like to wish Jack a very happy 21st and are excited to see him develop within the industry and one day achieve his ambition of a Michelin Star. Cheers to you Jack. 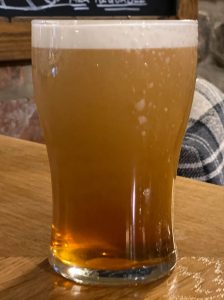 The Staveley Arms is a family run pub at the edge of the Yorkshire Dales, known for British classics and fine Yorkshire food, expertly presented.

Join us on Saturday 27th August at The Staveley Ar

We are so excited to have The Cherry Tones back fo

It's National Beer Day today! 🍻 We are open to

It's great to hear that you enjoyed your visit. Th

Celebrate your weekend early with some refreshing

MEET THE TEAM! Teagan is part of our front of hou

Please come along this afternoon to support our li

Harry and Sammy with their medals for their star p

Review of the week! Thank you for this lovely fe

We are regularly looking for new people to join ou

We use cookies on our website to give you the most relevant experience by remembering your preferences and repeat visits. By clicking “Accept All”, you consent to the use of ALL the cookies. However, you may visit "Cookie Settings" to provide a controlled consent.
Cookie SettingsAccept All
Manage consent

This website uses cookies to improve your experience while you navigate through the website. Out of these, the cookies that are categorized as necessary are stored on your browser as they are essential for the working of basic functionalities of the website. We also use third-party cookies that help us analyze and understand how you use this website. These cookies will be stored in your browser only with your consent. You also have the option to opt-out of these cookies. But opting out of some of these cookies may affect your browsing experience.
Necessary Always Enabled
Necessary cookies are absolutely essential for the website to function properly. These cookies ensure basic functionalities and security features of the website, anonymously.
Functional
Functional cookies help to perform certain functionalities like sharing the content of the website on social media platforms, collect feedbacks, and other third-party features.
Performance
Performance cookies are used to understand and analyze the key performance indexes of the website which helps in delivering a better user experience for the visitors.
Analytics
Analytical cookies are used to understand how visitors interact with the website. These cookies help provide information on metrics the number of visitors, bounce rate, traffic source, etc.
Advertisement
Advertisement cookies are used to provide visitors with relevant ads and marketing campaigns. These cookies track visitors across websites and collect information to provide customized ads.
Others
Other uncategorized cookies are those that are being analyzed and have not been classified into a category as yet.
SAVE & ACCEPT